Mike Rizzo flew to California today, and while that tidbit of information might start the rumor mill churning, this is no big deal as Rizzo was attending the nuptials of Bryce Harper and Kayla Varner who are getting married later today in a Friday ceremony. 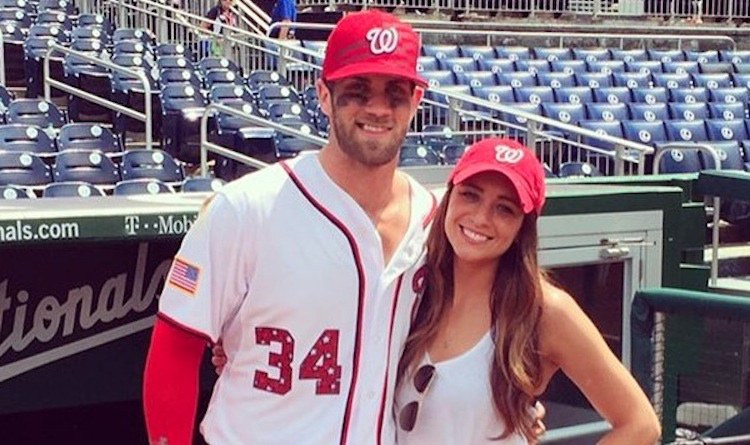 The bigger news could be the seating chart if Rizzo is at the same table with Scott Boras at the reception, and the talk turns to Boras’ highest ranking free agent, Matt Wieters. The guest list is long, but still not large enough for all the Nats to make the cut. Harper’s buddies and groomsmen like Jayson Werth, Ian Desmond, and new teammate Trea Turner made the final cut. There were also some other teammates on the guest list as well as childhood teammate Kris Bryant. We are trying to find out if Drake LaRoche will be attending, but we did not see him on the list. Also noticeably missing is Jonathan Papelbon who is reportedly dealing with some personal issues. Can you imagine Papelbon helping Bryce knot his tie?

There are not many athlete weddings that will have gawker appeal like this one to see who shows up since Bryce Harper has hung out with some huge stars like Justin Timberlake, Nina Agdal, Jimmy Fallon, Gigi Hadid, Steph Curry and all of those sports icons from the Gatorade ads and so many other A-listers.

The Washington Post’s Reliable Source earlier this summer had this piece about the Harper/Varner engagement. When Bryce Harper was excused from the Nationals’ Winterfest last weekend, there were many pieces on social media poking fun, and unfortunately there was anger from many fans that Bryce Harper was not going to attend. We broke the news days before that Harper would not be attending the Winterfest event, and the Nationals never guaranteed that any particular player would be attending.

There was an exchange (pictured below) that was later deleted between Kayla Varner and Nationals’ beat writer Mark Zuckerman of MASN who was stoking the flammable situation on social media when Bryce Harper posted a picture on his social media attending a Duke basketball game which happened to be in his hometown of Las Vegas. 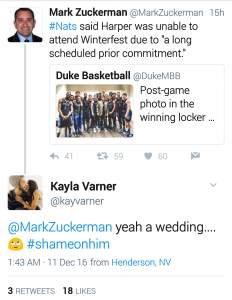 Enough with the acrimony, this should be a time for celebration. The wedding ceremony is set to be held in this beautiful Mormon Temple in San Diego which I photographed yesterday, and the weather won’t be as good today as it is raining now, and hopefully will not be raining later for exterior photo opportunities. The reception following the ceremony will be at the nearby Hyatt Regency. 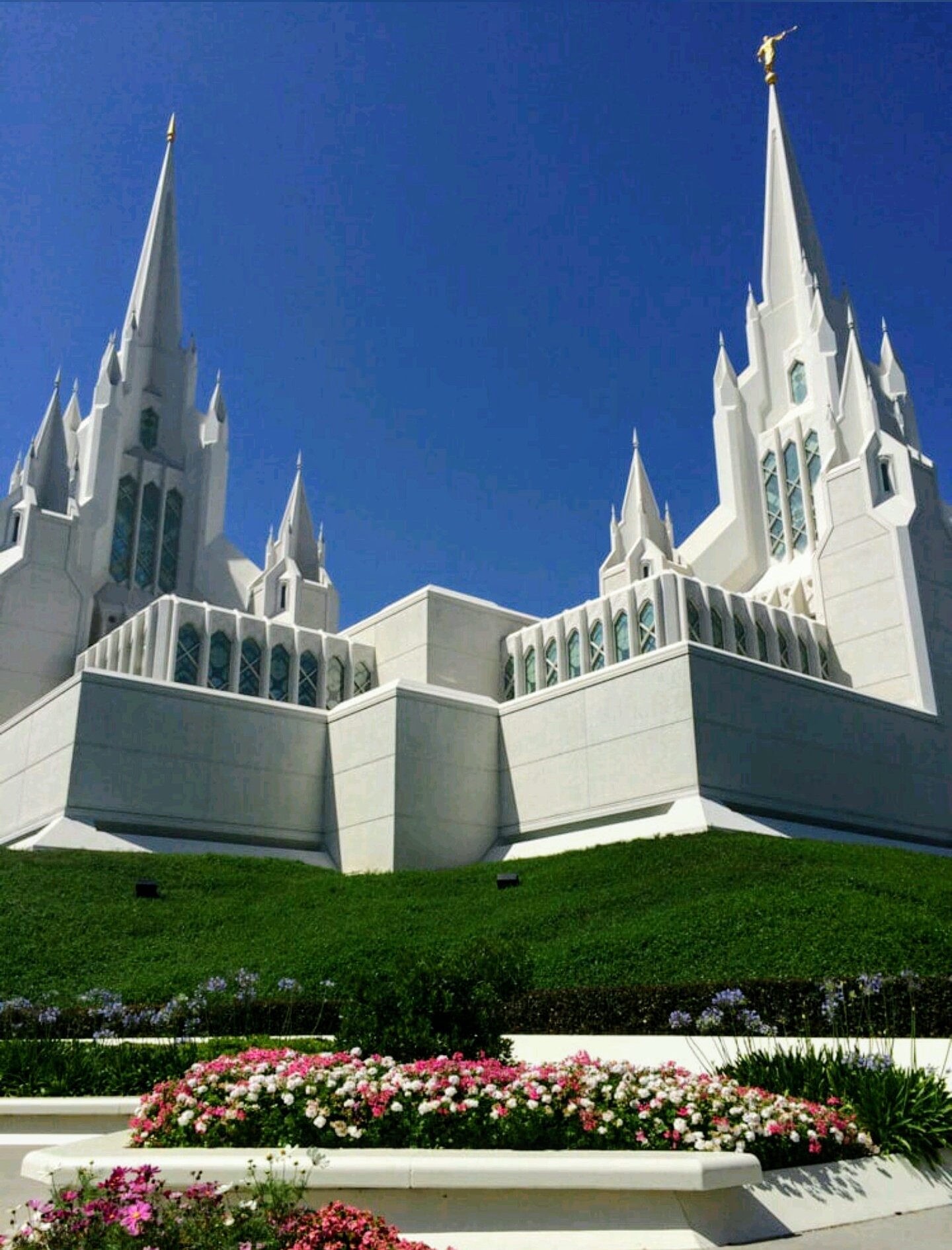 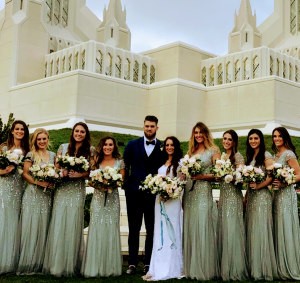 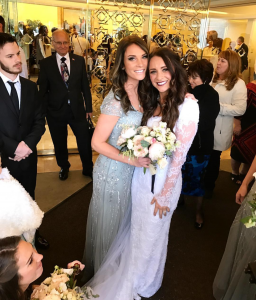 And finally, a photo from the groom! 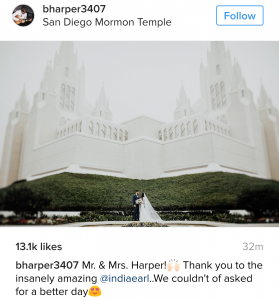 Bryce’s brother Bryan Harper posted up this groomsmen photo which includes some familiar faces like Bryan Harper, Ian Desmond and Jayson Werth and  from the Boras Agency is DC rep Bill Gluvna who has handled Bryce from the time he signed with the Nats. Other groomsmen include childhood baseball buddies like Scott Dysinger, Chad Whiteaker, Cody Howard, and Justin Jones.  Bryce had 8 groomsmen to match up with Kayla’s 8 bridesmaids. 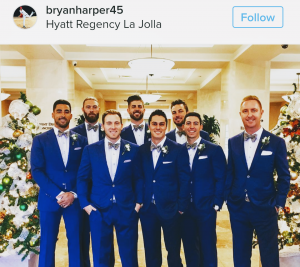 Kayla and Bryce had some photo props for #TheSequel is how they referred to the second wedding. They also had a deer head logo with K & B on it. 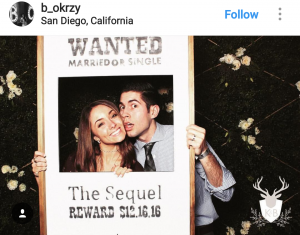 As we mentioned, the weather was going to be “iffy” on Friday. Bryce and Kayla took this photo during a rain shower. Yes, it does sometimes rain in Southern California even though that song says it does not. 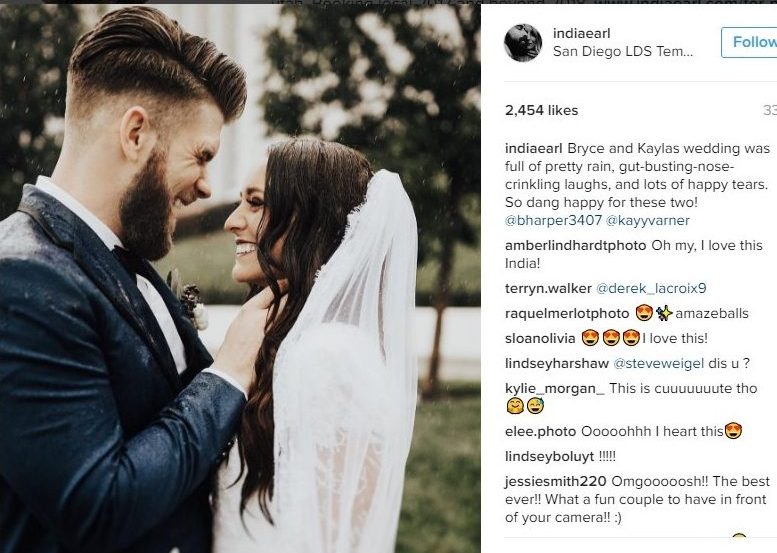 We wish the Harper and Varner families our best regards and congratulations!