Back to the future! Derek Norris is a #Nats catcher! 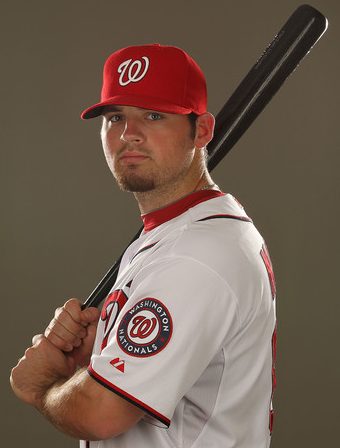 The Nats went back to the future and traded for Derek Norris who they got from the San Diego Padres for Low-A pitcher Pedro Avila. Norris was once a top prospect with the Nationals.

In the off-season before the 2012 season, Brad Peacock #3, A.J. Cole #4, and Derek Norris #9 were the centerpieces along with Tommy Milone in a blockbuster trade for Gio Gonzalez.

Norris became a star with the Oakland A’s and an All-Star in 2014. As the A’s do, they trade high on players and sent Norris to the Padres in the season after that 2014 All-Star year.

Norris has suffered a few concussions, one at the hands of the Orioles 3rd baseman Manny Machado who clunked Norris on a backswing that many thought was done purposely. Nobody knows for sure what happened to Norris in 2016 as he was the lowest rated full-time position player in the Majors. He batted only .186 for the season with a paltry .583 OPS. Mike Rizzo believes he is due for a bounceback season which is why he traded Avila and took a chance on Norris who is expected to make $3 to $4 million in 2017.

Of note, Norris has 118 innings at 1st base which gives Dusty Baker a few more options in that versatile roster. Norris also was a top rated pitch framer and defensive catcher while also being an above average base runner with 9 stolen bases.

Norris right now will be one of the presumptive Nationals’ catchers in a duo with Jose Lobaton which could leave Pedro Severino as the odd man out. Spencer Kieboom and Jhonatan Solano remain further depth in the Minors.

Nobody knows what Derek Norris will be, but we believe his acquisition closes the door on All-Star Wilson Ramos. Never say never as Mike Rizzo is full of surprises though this feels like the catcher’s position is set.

Most fans and media members were on Andrew McCutchen watch, and we warned early Friday morning (8:31AM) that Rizzo had moved on to another trade with McCutchen on the back burner. 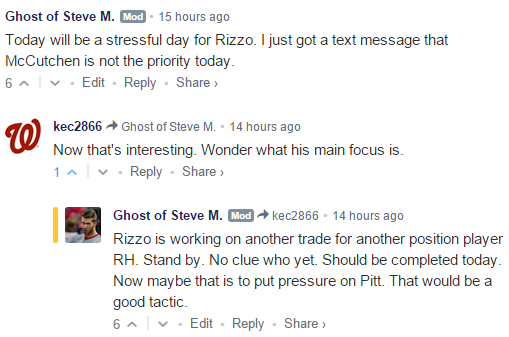 This will be another trade that will be judged in hindsight, and Nats fans hope that Derek Norris follows what Wilson Ramos did after his 2015 season with an impressive bounceback 2016 All-Star season!

This entry was posted in Analysis, Dusty, MikeRizzo. Bookmark the permalink.
← Previous Article | Next Article →