What does the Magic 8 Ball say #Nats should do with F8?

Have you ever used a Magic 8 ball to predict the future? If you keep score on games you know that the magic 8 on the field is your centerfielder. What do you think your Magic 8 ball would answer you today if you asked what Mike Rizzo was going to with an acquisition for centerfield? 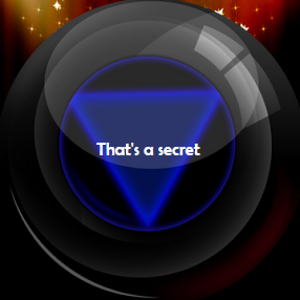 No doubt it is a secret on what Mike Rizzo will do. We do not even know if Ben Revere will be retained by the Nationals for 2017. If you look at the 2016 rankings for all centerfielders with at least 300 at-bats, Trea Turner was the 2nd best in the Majors behind a guy named Mike Trout. There are more centerfielders available than shortstops which makes sense to move Trea Turner to shortstop and make the acquisition for a centerfielder. 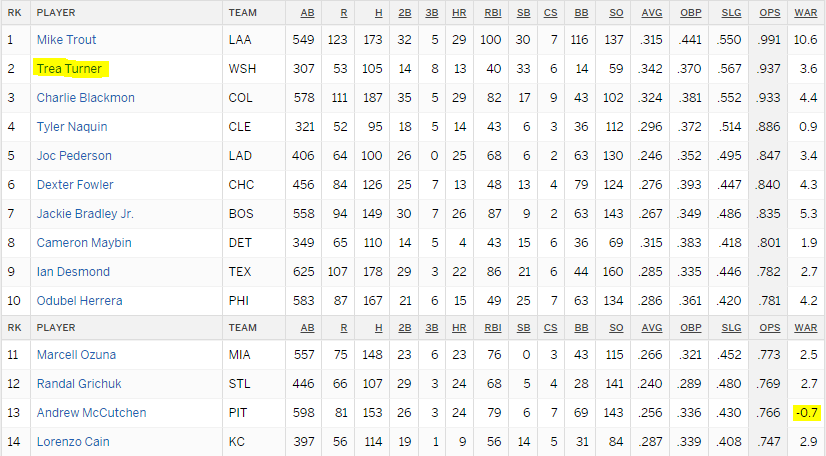 What is interesting in the rankings of the centerfielders in 2016 is #6 Dexter Fowler and #9 Ian Desmond are free agents, #8 was just traded a few days ago. Yoenis Cespedes would rank #5 if he was included as a centerfielder. There are also a few other trade candidates on the list if the deal is right.

We created an analysis of a few names to compare. We included data for their age and projected payroll implications. We also created a platoon line for Ozuna who hits lefties very well and we did not do a strict lefty/righty platoon as Revere’s stats bring down the overall stats if we use his career stats. We would have to use Revere’s 2015 stats to suggest that a platoon is the way to go. Each player has their own set of risk criteria such as Cespedes age regression, Fowler having a career year of getting on-base, Blackmon having a career year, and Ben Revere having the worst season of his career.

OPS rank was based on qualifying stats as Trea Turner would be #2 if we used 300 at-bats for the criteria.

Another factor to consider in making an acquisition is that Jayson Werth is only under team control for the 2017 season, and the Nationals could consider an acquisition as a long-term move to replace Werth with players like Andrew Stevenson and Victor Robles getting ready in the Minor Leagues.

There will be other names on Rizzo’s list that are not in the chart. We have heard Andrew McCutchen, Lorenzo Cain, and Ian Desmond who have all been mentioned. The other idea is to also look at traditional corner outfielders like free agent Matt Joyce who had a .403 OBP in 2016 for the Pirates or free agent right-handed masher Mark Trumbo. There is also Josh Reddick on the free agent list who cannot be extended a qualifying offer. Would it be a low risk time to look at a one-year deal for free agent like Jon Jay who is coming off an injury? Jay had reverse splits against lefty pitchers and was the best hitter in RISP with a .410 batting average.

Usually when asked about shifting Bryce Harper to centerfield, Mike Rizzo won’t consider it, but in his recap to the 2016 season Rizzo was asked again and had a slightly different answer this time.

“He’s one of those guys that does gives us versatility in what kind of acquisitions we’re trying to make,” Mike Rizzo said. “… I like him in right, but he’s very capable of playing a good, solid defensive centerfield.”

If Bryce Harper did play some centerfield, it would most likely be temporary with Jayson Werth set to be a free agent after the 2017 season. Most people figure to expect the unexpected with Mike Rizzo, and we will keep shaking up the Magic 8 ball for answers.