8th 18-gamer: Feasting on the NL East and Tuning Up for the NLDS

As the last 18 game set came to a close, the Nats had lost three straight to the Orioles. In the third loss, Daniel Murphy hit his first career grand slam in the 9th inning and the Nats almost came back from a 10-3 deficit to win.  They fell short, but things seemed to be looking up. The Nats had broken through against Zach Britton, and Max was scheduled to pitch the next night. Most importantly, ahead of them was a stretch where 14 of the next 18 games would be played against the Braves (3), Phillies (7) and Mets (4).

Best of all, even though the Mets went 13-5 in their last 18, they made no headway against the division leading Nats — still trailing by 10 games with just 18 games to play. Sorry Mets fans, but might be about time to bring out this guy again:

In case that location doesn’t ring a bell, maybe this picture will help jog your memory: 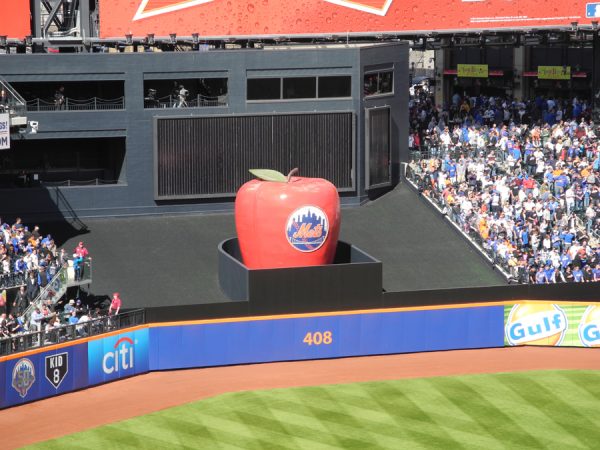 So how’d we go 13-5?  Yeah, that’s right – pitching.  The Nats’ pitchers gave up only 3.2 runs per game, and held the homers to 18 as well.  Max Scherzer led the charge with a phenomenal start (8 IP, 2 H, 0 R, 10 Ks) in that last game against the Orioles, another 8-inning gem in Philly, and two more good outings at home against the Braves and Phillies. The Nats won all four games he started.

It might surprise folks to know that during this set the Nats also won all four games started by Gio Gonzales.  In those four games, Gio walked only three batters and struck out 18.  Opposing hitters had a slash line against him of just .225/.250/.388/.638.  With Stras’s injury, Gio seems to have picked the best possible time to step up.

But we’re getting ahead of ourselves with these overviews here.  Let’s look back at the games.

The first game of the set, and the last game of the home and home series against the O’s,  really set the stage for rest. The Nats won 4-0 behind Max’s 2-hitter.  He had a game score of 88 for the outing, the highest of any Nats’ start this season, including Max’s own 20 K game back in May against the Tigers. Extraordinary.  Add to that another great game by TTO, fresh off his record tying consecutive hit streak that ended the night before.  He had 2 hits, a run, and a stolen base.  But it seems Dusty is most impressed with his physique:

The next day the Nats played host to the Colorado Rockies.   The bats provided enough of a cushion to overcome a Shawn Kelley meltdown in the 8th, and the Nats walked away with a 8-5 victory, their only win of the weekend series.

ROCK N' ROLL: Werth and Murphy homer in the #Nats' 8-5 win over the Rockies! #IBackTheNats pic.twitter.com/rO2LC1xzLk

After the Rockies feasted on the youngsters A.J. Cole and Lucas Giolito to take the series, the Nats found themselves once again turning to Tanner Roark to be a stopper.  And stop the skid he did, beating the Phillies 4-0. It was the 8th time this season that he threw seven or more scoreless innings, the most in the majors at that point.

That was the most runs the Nats scored in the series and the biggest margin of victory, but we still managed a sweep over the next two days behind Max and Gio.  The first game featured a lot of Max Ks.  Play the video in the following tweet to see them all in about 10 seconds.  And then check out the game ending DP, including a sweet pick by Zim.

Tonight was #MadMax's 12th game of the year with 10+ strikeouts, which is good for a #Nats record ('05-pres). pic.twitter.com/4VnihTBr1L

The next day, Werth hit a homer and the Buffalo drove in the winning run with a single in the 7th for the sweep. The biggest story was Gio giving up only 2 hits and a run over the first six innings and Treinen, Kelley, and the recently acquired Scabble giving up only a single walk over the next three. A very good sign for the stretch run and the playoffs.

Then the calendar turned to September and the Nats travelled to NYC for a three game series in Citi Field. Leading the division by 9 games, there really wasn’t much drama to be had there.  All the Nats needed to do was avoid a sweep to keep the Mets from claiming some momentum.

One hit, two steals, and a sac fly.  Nice.  I’ll take that every night please.

The next two nights were disappointing. Tanner Roark had a rare outing of only five innings, allowing Dusty to try out his shiny new jam packed bullpen.  Six relievers pitched the last 3 innings of a 3-1 loss.  Then on Sunday before a national TV audience and an enthusiastic cadre of Half Street Irregulars, the Nats fell 5-1.  A good time was had by all, except for Reynaldo Lopez, who gave up 6 hits and 3 runs in the first four innings.

The Sunday night ESPN game was followed by the trip home and then a day game on Labor Day.  Dusty sent Max home a day early to rest up, and rested a number of regulars in that first game. Still, not a great recipe for rest and success. But Atlanta pitching can cure lots of ills, and the Nats’ bats got busy quickly.  TTO seems especially fond of playing the Braves.  What better way to start a homestand in September than with 5 run third inning featuring a TTO bomb?  The Nats won 6-4 and TTO got what may have been his first postgame, on-field Kolko interview.  (I’m sure someone will correct me if it wasn’t.)

I liked a @YouTube video from @masnnationals https://t.co/nvRwE04RqB Trea Turner with Dan Kolko after the Nats' 6-4 win

The next night the regular lineup was back in action and the bats got going for real.  Gio had a rough night, lasting only 3 innings and giving up 8 hits and 3 runs. But a Rendon grand salami put the Nats in front, and although bullpen was shaky they pulled out a win.

TTB is quietly getting really, really hot at just the right time, isn’t he?

The bats were just getting started though, and that was a very good thing because the next night the long awaited return of Stephen Strasburg didn’t turn out quite how we hoped.  For two innings, he looked better than ever. The Nats Twitter account sure thought so:

Stras has been back for 1 inning, but has 2 beautiful Ks. pic.twitter.com/XxyR5o6e2c

But then came that cringe that we’ve all seen a dozen times so there’s no reason to show it again here.  And Stras walked off the mound talking to his glove.

Fortunately, the injury, while possibly season ending, is not sending him back under the knife.  No need to read the fine print of that insurance policy yet, Mr. Lerner.

Also fortunately, the Nats were able to grind out a 5-4 win in 11 innings. Dusty sent 10 pitchers to the mound in the game. That has to be a record, right? And the Buffalo was the walkoff hero, making the Braves pay for walking Bryce to load the bases with none out.  Werth and Harper were pretty happy afterward.

After completing the sweep of the Braves, the Nats played host to our other favorite opponent this year, the Phillies.  No sweep this time, but winning three out of four was almost as nice.  Game 2 of the series on a warm Friday night started off with an unusual delivery of the game ball.

So, the @ArmyGK delivered last night's game ball … and they didn't use the Center Field Gate to do so. pic.twitter.com/rGnL95FhW8

And it ended with a walkoff by none other than TTO, in one of the most exciting and satisfying wins of the year.

2nd HR of the night
8th HR of the year
1st walk-off HR of his career pic.twitter.com/q4vMeCyeFn

If anyone in the national baseball media hadn’t noticed TTO yet, they sure did after this game.

Per Statcast figures, Trea Turner has more HR of 440+ feet this season than Anthony Rizzo and the same number as David Ortiz.

Saturday night’s game was a scoreless pitcher’s duel between Max and Jared Eickhoff until Bryce Harper, who seems kind of the forgotten man these days, blew the game open with a three run tater.

There have been lots of close games with the Phillies this year, including the 3-2 victory the Nats grinded out on September 11.  But the overall season series was anything but close. The Nats won 14 of 19 games against the Phillies in 2016.  It’s hard to remember after such clear “ownage” for most year that the Phillies actually swept Nats at Nats Park back in April.

And that left one last game in the set, on Monday night against the Mets. Mat Latos got the start and pitched well until he had to leave with a hamstring injury after four innings.  He also clobbered a tater, the best part of which may have been the celebration by the other Nats pitchers:

Despite Latos’s early departure, the Nats cruised to an 8-1 victory.  Lopez got the win by pitching three scoreless innings in relief.  And let us not forget Daniel Murphy who went 3 for 5 and scored a run, continuing his ridiculous punishment of his former team.

Speaking of Murph, although he didn’t seem to figure as prominently in the team’s success over this period and had just the one HR in the second game of the set. he definitely resumed his torrid hitting.  No longer talked about much as an MVP candidate, he has still had a sensational year and will undoubtely be a key to the Nat’s potential postseason success, or lack thereof.

Old friend Bryce Harper fell off  a bit from the resurgence we saw in the last set. But I think we can call him officially out of his long slump, 36 games removed from the nadir of his season in late July.

The Buffalo has been slumping too, but unlike Bryce, his slide continued with his worst stretch of the season.  I guess the one silver lining is that he continues to get big hits.

And then there was, Trea Turner.  Finally getting a day off on the last day of August, TTO continued his remarkable rookie year with his second straight 18 game stretch with an OPS over .900.

TTO’s BABIP was down to a mere mortal level in these 18 games, but his strikeouts were also down. That certainly bodes well for the remainder of the year, as does his power surge — 4 homers in these 18 games.  TTO’s stellar play in August earned significant recognition.

The only other Nationals to earn that honor are Ryan Church (May 2005) and Bryce Harper (May and September 2012). I doubt TTO is really in the conversation for RoY, though he’ll undoubtedly receive some votes.  But it was great to see him mentioned in this crushing tweet for a Mets fan who asked, apparently seriously, the following question:  “does lugo or gsellman have a chance at rookie of the year?”

This boo hoo to the Mets seems a fitting conclusion to this perhaps too lengthy recap.  The Nats drove a stake through their hearts in this set, matching their hot streak game for game.   The only open question now for the division race is when will the Nats clinch it?  It seems pretty clear that the answer to that is — during the next 18 games.