Gio Gonzalez with a pure gem. Turner & Ramos with the fireworks: Postgame

Gio Gonzalez threw a 2-hitter over 7 innings with only 1 walk in a Nats 5-1 win over the San Francisco Giants. It was one of the best games Gio has ever thrown as a Washington Nationals’ pitcher. Bruce Bochy stacked his line-up with right-handed batters, and it did not faze Gio Gonzalez who was efficient and effective.

The Nationals runs on offense once again had Trea Turner front and center. He had a double and a home run, and two runs scored.

Photo by Sol Tucker for TalkNats.com

Wilson Ramos had a big home run to go with a walk and a Sac Fly for 2 RBIs as Ramos set his career high with his 17th home run of the season. Ramos closes in on his career high in RBIs as he currently has 61.

Batters #1 to #5 in the Nationals’ batting order were 6-for-17 tonight with 2 home runs, 1 double, 3 singles, 2 Sacrifice Flies and only 1 strikeout. Not to be overlooked, Bryce Harper batting in the #3 spot in the line-up was 1-for-3 with a sac fly and he stayed on every ball tonight without opening up in his swing.

“It was overlooked how Bryce looked tonight,” Baker said. “He hit the ball hard tonight, and he hit the ball hard to left field. When he starts doing that, that means he’s not pulling off the ball. I told him just keep swinging because good times are right around the corner. We have a few guys here we’ve still got to get going, and then we’ll be operating on full cylinders.”

Mark Melancon made his Nationals Park home debut tonight and jogged to the mound serenaded by a rousing applause with many fans giving a standing ovation out of this big crowd of 34,036 in attendance as the fans stayed to the end of this one! Melancon made quick work of the Giants as he retired the heart of their order 1-2-3.

“I had goosebumps running in,” said Melancon after the game. “It was real special.”

“Holy cow, that gun’s juiced,” he joked afbout the 94mph reading on his fastball. “Keep juicing that gun, boy. They must’ve just wanted to make me happy tonight.”

Melancon should have had two strikeouts in the 9th inning as he painted the perfect pitch on Buster Posey that should have been a ‘3 pitch see-you-later’ strikeout. It is often mentioned how few times Buster Posey strikes out, and that is because once again you see another umpire not call a strikeout pitch against Posey (see below). Melancon threw three more pitches to record the last out on Posey with a flyout to centerfield. 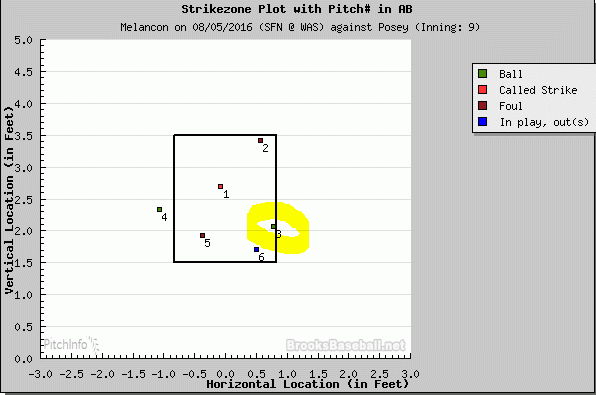 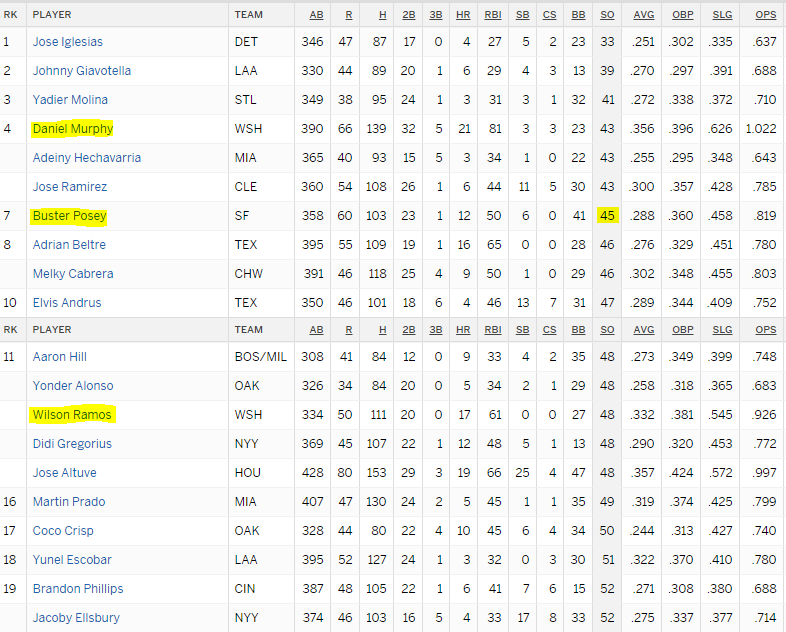 Here is the recap video for you to see all the highlights here.