Jonathan Papelbon deserved better than what he got!

Too many headlines today around the Nationals are swirling with putting the blame of yesterday’s loss on Jonathan Papelbon. 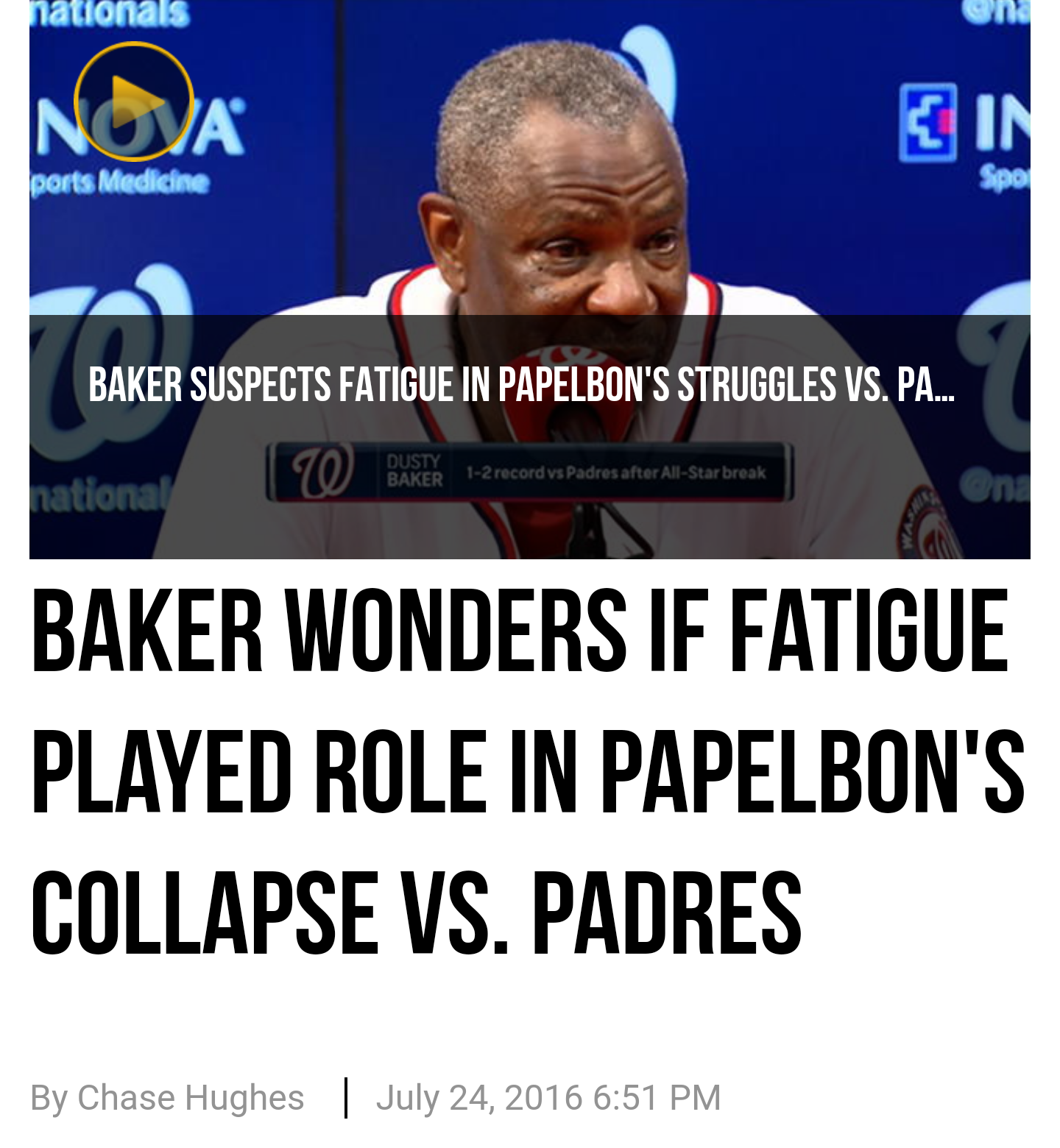 It begs the question to how was Papelbon even available to pitch 3 days in a row?

Papelbon was exactly 35 2/3-years-old yesterday and is no longer in his prime, but it does not mean that he is not a prime time performer. He has converted 19 of 21 saves this year, and Papelbon has a proven record. He already spent time on the DL for an arm related issue. He should never be pitching 3 days in a row, and should have been unavailable.

We have detailed that Papelbon probably should not be pitching 2 days in a row if you want peak performance from Papelbon. That is not optimal for a closer, but you have him on your roster and this could be a way to get more out of Papelbon and should be considered if you can match him up with another reliever who can also close, and players like Koda Glover and Reynaldo Lopez could be candidates.

Here is Papelbon’s chart on his 3 consecutive days as you can see velo and results:

Papelbon threw 28 pitches yesterday in just 2/3 of an inning, and he gutted out that appearance. Amazingly, Papelbon was one pitch away from finishing off the 9th inning with no damage with Solarte at the plate with 2 outs and the score tied 2-2.

Ray Knight in the MASN post-game report analyzed a key play when Michael Taylor froze for a split second at contact and then hesitated laying out for the ball. On this video you cannot see the initial hesitation, but this is how these problems snowball in split seconds. Papelbon was not sharp, but who expected him to be when working 3 days in a row?

That calls into question Dusty Baker’s decision making as he had his long-man Yusmeiro Petit available yesterday and he wasn’t brought in until 2 outs in the 9th inning when the Nationals fell behind 10-6.

Dusty told us in the post-game that Felipe Rivero was not available to pitch, but we never found out why. We also did not know why Giolito was brought out for the 4th inning as he had nothing working yesterday as we saw in the 3rd inning.

Losses are a part of baseball. Players did not execute. The manager made some questionable decisions.

This entry was posted in Analysis, Papelbon. Bookmark the permalink.
← Previous Article | Next Article →