Secrets are hard to keep on the big news, and the Nationals players found out on Sunday in Milwaukee that Lucas Giolito was going to be called up, and TalkNats reported that news also on Sunday on this blog and on Twitter. The Giolito family also got the news from their son on Sunday morning so they could prepare to fly in for the debut. 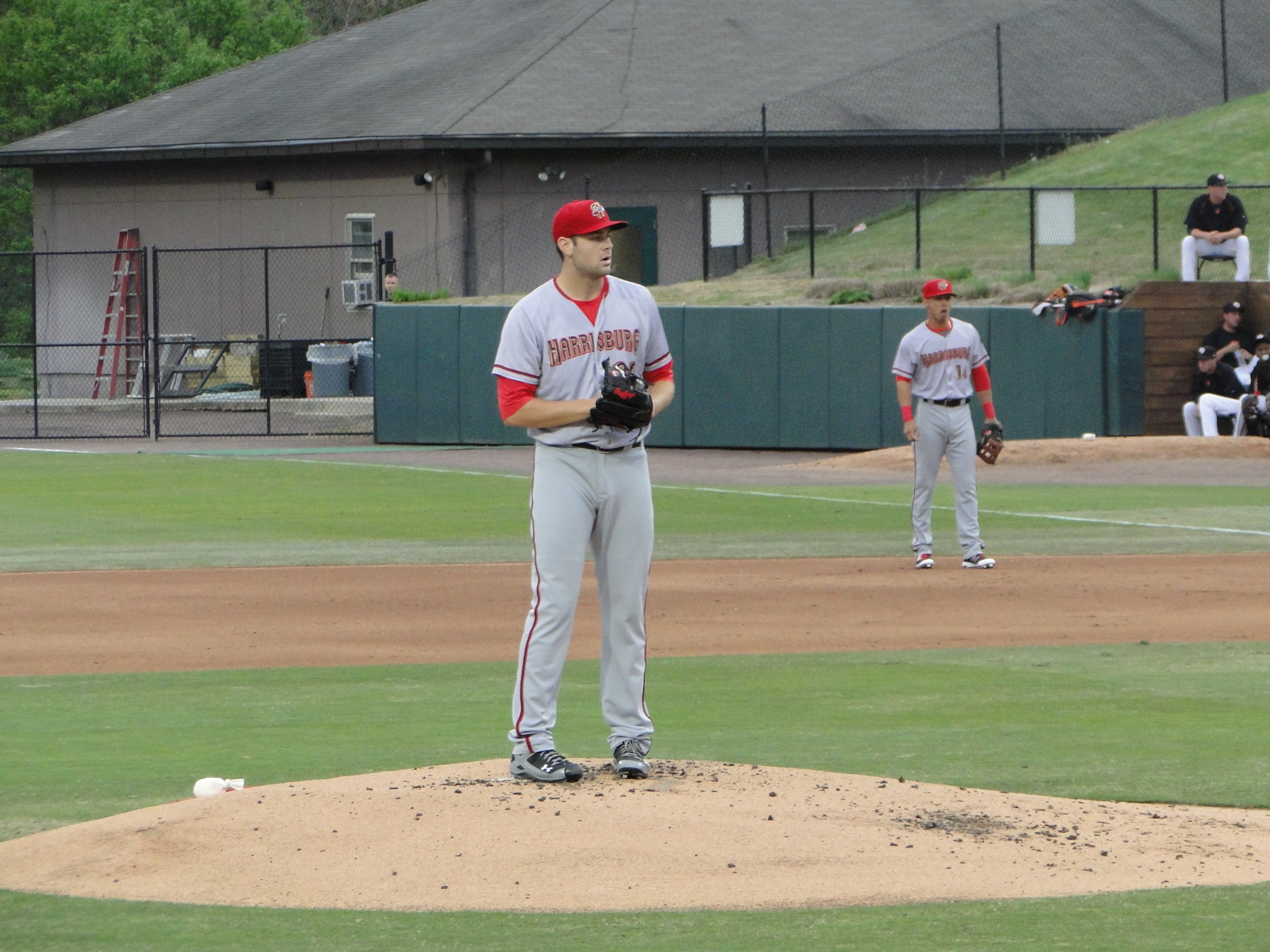 Is it any coincidence that upon hearing the Giolito news it became a positive jolt for this team after a 7 game losing streak? Since Sunday’s game, the Nats are now 3-0 and in a mini winning streak. Teams usually rally around their GM when a team is fortified to fill a need. Yes, Lucas Giolito was replacing an injured player, but this team needed a boost after a 7 game demoralizing losing streak, and the stimulus package came gift wrapped in a 6’6″ 250 pound crate from Harrisburg, Pennsylvania.

Giolito, yesterday pitched the best start statistically in a week, except for the Roark start on Sunday. We saw what the Mets GM Sandy Alderson did for his team last July with some personnel moves. They don’t always work, but when they do they can become a turning point, and you could feel it on Monday night that something special was happening. Those who keep saying you do not make changes when you are in 1st Place are wrong. There is no proof to it. What you don’t do is mess with success, and they are not mutually exclusive.

We all saw Lucas Giolito pitch last night, and he was impressive. There is a very good chance we were told that Lucas Giolito will get another start on Sunday against the Cincinnati Reds. Beyond that, Dusty Baker will re-evaluate his rotation once Stephen Strasburg is ready to come off of the 15 day Disabled List. There are no guarantees on who goes where we were told, but there is a long-term plan in place, just in case our source told us.

From our TalkNats projections for Giolito, we have been working with 117 innings as Lucas Giolito’s official innings count for last year which combines his innings at High-A Potomac with Double-A Harrisburg. The Nationals are working with a count that is 20 innings higher using innings from extended Spring Training and Fall Instructs. That seems to change the projections a lot.

“[Giolito] threw 137 innings last year total,” Mike Rizzo said. “We will build off that. We have a protocol in place that we’ll stick to and adhere to. We have had it mapped out since Spring Training, and we can plan on him going through September and beyond if need be.”

Rizzo said the Nats will treat Giolito similar to all of their other post-Tommy John pitchers. Rizzo said Lucas could be used in the bullpen if the need arises, and if he was one of his best options, but does not see him as a closer. Rizzo said he won’t take anything off the table or rule anything out. This is about the best 25 man roster is what Rizzo reiterated.

It looks like it is time to scrap this projection, and come up with a new one! 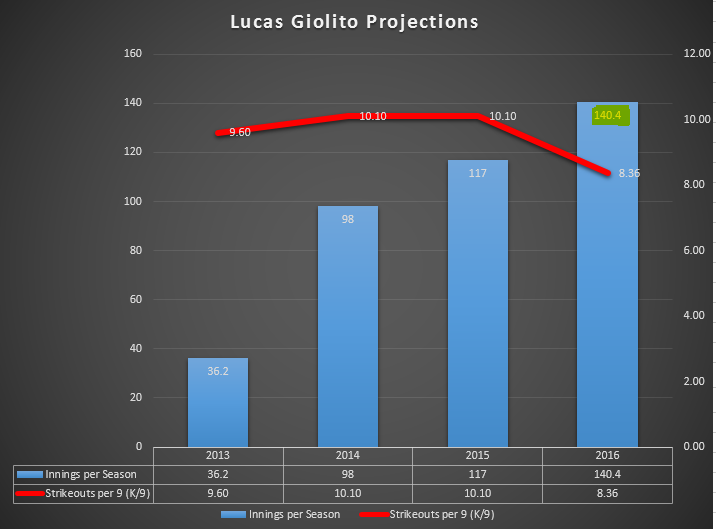 This entry was posted in Analysis, Giolito, RizzoForADay. Bookmark the permalink.
← Previous Article | Next Article →