The crowd tonight totaled 33,109 fans who got to see the Nationals come from behind a 4-0 deficit to score 11 unanswered runs to beat the Mets 11-4. The Nationals got into a groove with some clutch hits and great hustle to win this game, and Ben Revere was the Igniter going 4-5 with 3 stolen bases and 3 runs scored which no other player in Nats history has amassed that combination of offensive output before. Also consider the Web Gem that Revere had to save a run in the 1st inning.

Anthony Rendon scored 2 runs tonight which meant the Nats would win as they are undefeated when Rendon scores more than 1 run in a game. Rendon’s record scoring at least 1 run is 32-7.

All Nats starters had hits tonight including Joe Ross. Speaking of Joe Ross, he bent but did not break. A 4 run deficit did not seem insurmountable and that proved out. Ross settled down after the 3rd inning and gave up no more runs. Was it a great start by Ross? No, but it’s how you persevere. The Nats hitters rallied for their young pitcher to snatch this win from the Mets. You can view the video recap here. 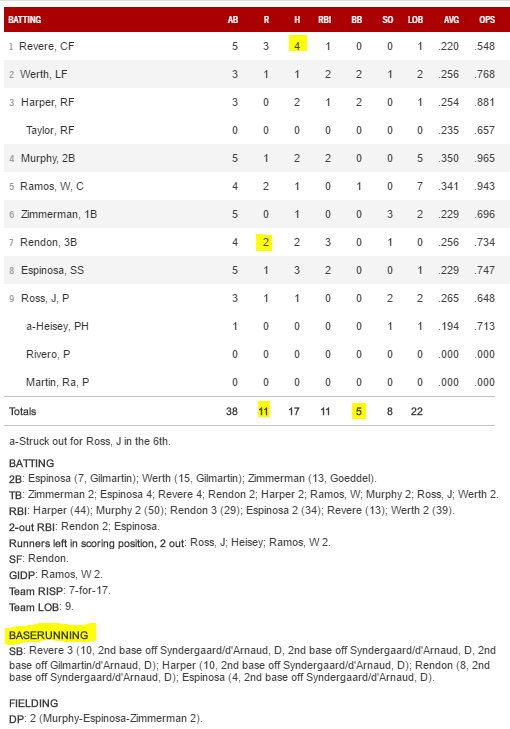 In Syracuse tonight, Trea Turner started in centerfield for his 1st professional game ever in the outfield. 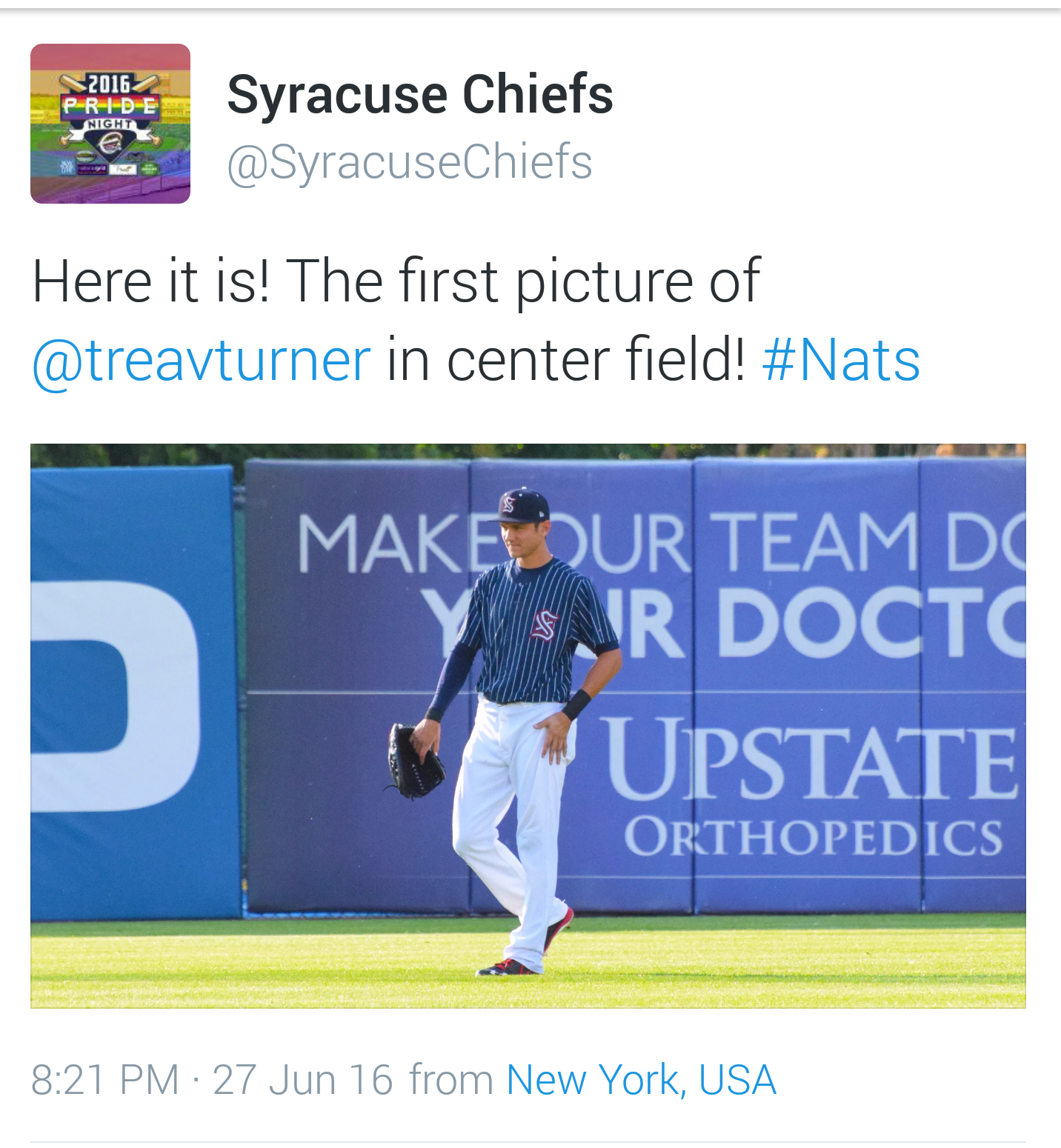 “As for tonight, Trea wasn’t challenged much on fly balls,” said Kevin Brown of the Syracuse Chiefs. “He caught the first one of the game moving back in right-center and a routine one later. He chased down a few balls in the gap and had no issues with throws. Overall, it was a clean debut with a lower degree of difficulty than most.”

The test for Trea Turner will be going back on balls over his head. We will continue to check in on Trea!