That was the Thrilla In Cincinnata! : Postgame

You can see Kentucky from the Great American Ballpark in Cincinnati Ohio, and the Nats slugged some key home runs in the direction of Kentucky and today floated like a butterfly and at times a sting like a bee.

Nats won it 10-9 as Jonathan Papelbon had bases loaded and no outs and saved his own save and Sammy Solis‘ win.  Cincinnati blew a 5-0 lead and the Nats scored 10 unanswered runs until the Reds clawed back with 4 more to make it 10-9.

Sammy Solis was brilliant out of the bullpen going 3 innings of one-hit baseball. Unfortunately he was sandwiched between Tanner Roark who gave up 5 runs and Felipe Rivero gave up 3 runs quickly. Shawn Kelley came in for a big Hold, his 5th, and Johnny Jonathan Papelbon got his 15th save.

Dusty Baker‘s thoughts with bases loaded and no outs, “I was trying to stay cool and try to think positive…that was some game. Pap got those 2 key strikeouts when we needed them (actually one was a popup) and that long flyball [out]…Boy, that was an exciting game. We had some guys who had good games.” 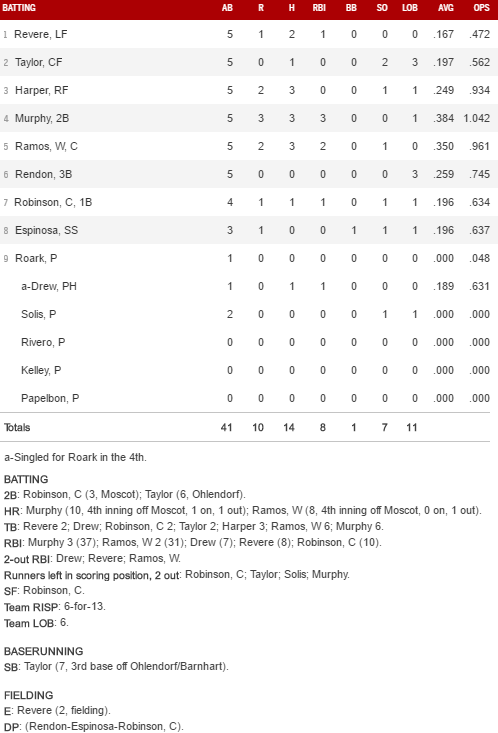 Ramos admitted his heart was racing with bases loaded & no outs in 9th. Papelbon though? "I never really had a doubt. I truly didn’t."

Enjoy the Nats five-run 4th inning and keep your eyes on the guy in the video in the white Nats jersey in the 2nd row as he got the Ramos HR ball for sure and might have also caught the Murphy HR ball as it ricocheted back.

Unfortunately Trea Turner never made it into the game on Sunday after only being used as a pinch-runner on Saturday which followed Trea’s game on Friday night when he made his 2016 debut and went 3-3 with a walk, double, and some great defense. It appears that Trea Turner will head back to his Syracuse team.

Topps baseball cards must have thought that Trea Turner’s game was so significant on Friday that they made a commemorative limited edition baseball card. 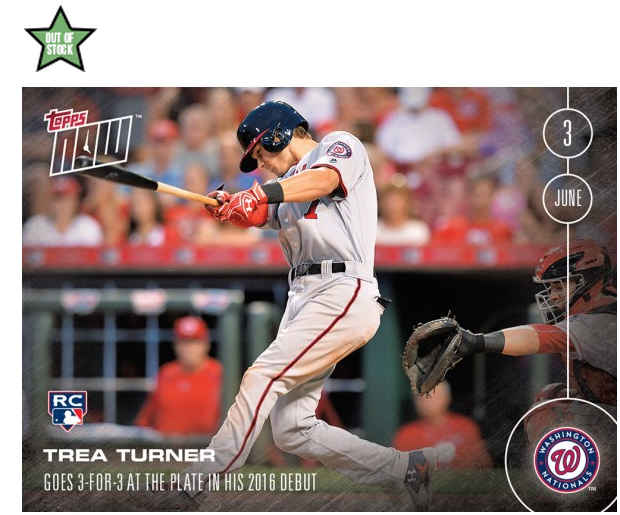