Dusty Baker did not hesitate 8 days later to put Jayson Werth into a similar spot he was in 8 days before. Bases loaded, pinch hitting, must drive the ball. Short memories can be a good thing in baseball, but very rarely are two situations exactly the same in baseball. The déjà vu was bases loaded with Jayson Werth entering 2 games as a pinch-hitter 8 days apart. 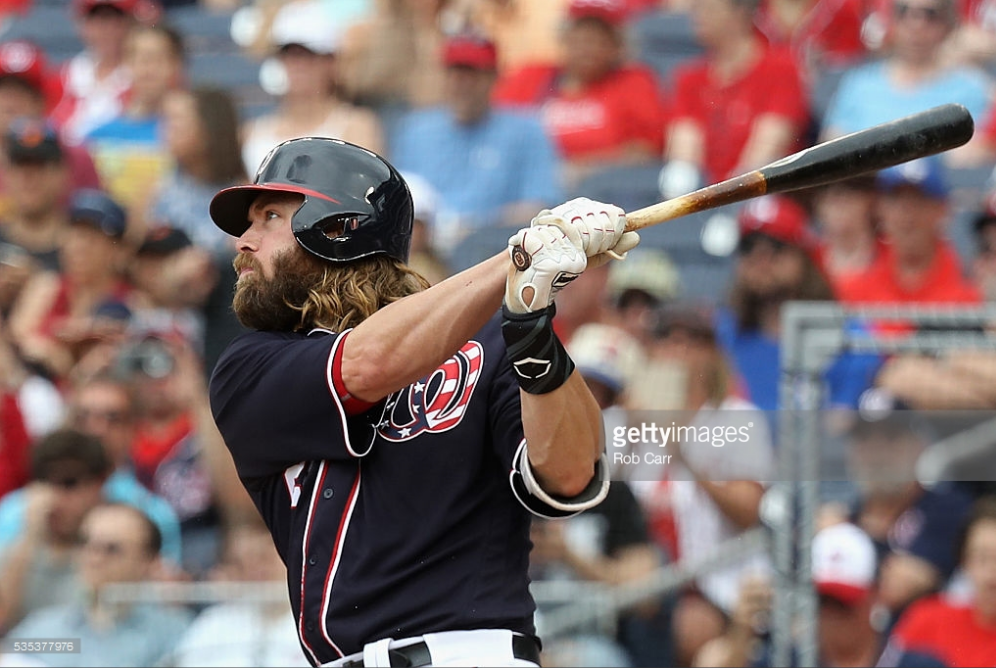 Let’s set up the inning on May 21st 2016 in a 3-1 deficit in the 9th inning as the Nats were in Miami against the Marlins. Wilson Ramos singled to left scoring Bryce Harper to make the score 3-2 with no outs as Anthony Rendon walked to load the bases and Jayson Werth replaced Danny Espinosa as the pinch-hitter. Bases loaded, pinch hitting, must drive the ball. Jayson Werth hits a groundball right at Martin Prado who was guarding the line, and Prado turned it into a spectacular doubleplay.

“I do believe we have been getting lucky a lot,” Jose Fernandez said after the game with a big smirk. 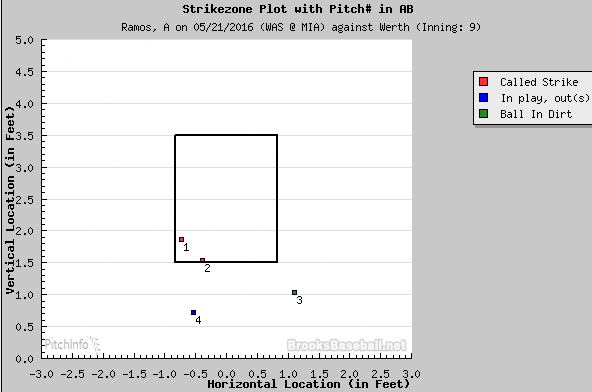 “There’s nothing to talk about,” Werth said after the Marlins game in a 3-2 loss. “We just came up short,” manager Dusty Baker said.

Roll forward 8 days to May 29th 2016. Bases loaded, pinch hitting, must drive the ball. Jayson Werth did drive the ball deep, and very deep in fact 428 feet to straight away centerfield.

This time Jayson Werth had plenty to say, and Dan Kolko had this to say to Werth,  “You don’t pinch-hit very often obviously.” Short memories are good sometimes Dan. 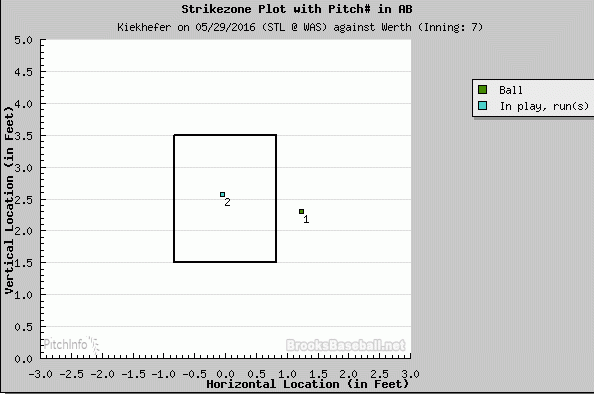 Speaking of pinch-hitting, this is where the Washington Nationals are as of this morning in rankings for team and individual pinch-hitting: 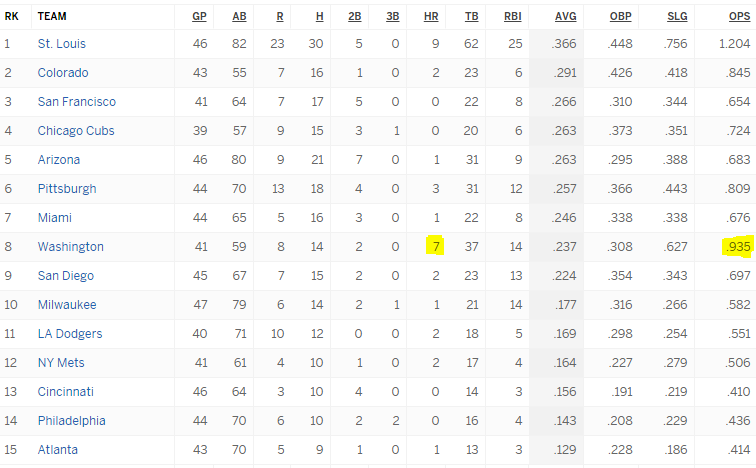 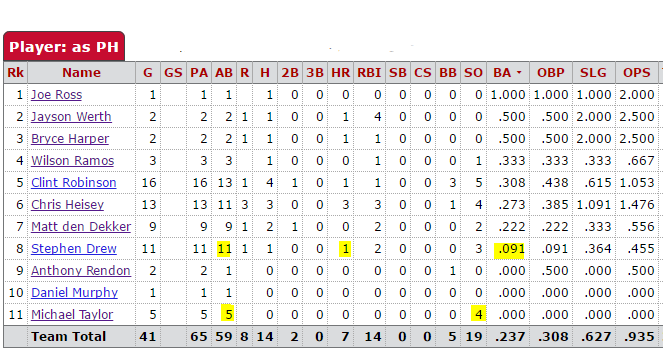 This entry was posted in Analysis, Jayson. Bookmark the permalink.
← Previous Article | Next Article →