Thanks to Jake Russell for answering my questions on his new book 100 Things Nats Fans Should Know and Do Before they Die. Hopefully we can get him to stop by to respond to comments to this post.

How did you score the foreword from Dusty Baker? How do you think he will do in his first year with the Nats?

Luckily for me, my publisher knew Dusty from his time with the Cubs. As far as his tenure with the Nats, it will be interesting to see how his laid-back attitude will balance out a slightly diminished talent pool on this team. The roster received a massive makeover with the departure of some talented fan favorites. Attitude-wise, all indications point to the clubhouse returning toward the cohesive personality it took on during the division title runs. That was to be expected with anyone not named Matt Williams, but Dusty’s attitude is genuine and his comfort level with players, the media and people in general will rub off on the team. It will also be interesting to see the team’s aggressiveness on the bases. Seeing Bryce Harper stealing a base in spring training might not mean much, but for me, the possibility of him adding base stealing to his repertoire is an exciting concept.

This book must have been an enormous amount of work, how many months of effort went into the writing? Did you interview any players or baseball historians?

I started working on it last April and sent in the final chapter in October. Having spent about 400-500 hours on the book, it was definitely an exercise in time management. I didn’t interview any players but Rick Snider and Phil Wood pointed me in the right direction with some chapter ideas, primarily when it came to interesting Senators stories. I also read eight different Nationals and Senators books cover to cover to help generate story ideas and refresh my memory on other topics.

Do you have a follow-up book in the works on the Nats or another local team?

Not at the moment but you can never say never. Growing up, I don’t even know if the thought of writing a book ever crossed my mind but in this case the timing was just right so I took a chance. With this being my first book, I wanted it to be great and something that Nats fans enjoyed and wanted to talk about with their friends.

Was there any thought to putting the book in chronological order? Was it difficult keeping track of the overlapping stories in different chapters? How was it different writing about events you covered first hand vs. distant history?

The chapters are ordered by what I deemed the most important moments in team history. It was fun to have the freedom to sort them that way and it also creates some fun debate among fans as to what they would rank as their most important events.

I’m a very organized person by nature, especially when it comes to my writing. I had folders for each chapter sorted. When I started to write the book, I already had about 40 ideas off the top of my head and they gradually grew from there. I did my best not to overlap and to keep each chapter its own unique story as much as possible.

I haven’t covered a game officially but I attend about 10-15 a year and have seen some of the memorable moments in franchise history such as their first home playoff game since returning to D.C., Strasburg’s debut, Harper and Strasburg’s first career homers, the Papelbon-Machado game and a handful of season openers.

Which chapters are prime candidates for expansion? The stories on the torment of Bob Short, Dummy Hoy, Big Ed, the Grays, and just about everything from the early days left me wanting more. Spring training history, the DC Council drama of 2004, and the MASN conflict are three subjects that could have also been included in the books, would these be potential items for a future version? How often will this book be updated? The prospects list in particular could be updated annually.

I’m not sure there have been any follow-up editions to the “100 Things” series so I don’t know if expansion is a possibility.

What are your plans on how to promote this book, will you be doing appearances or interviews?

I’ve been promoting my book heavily through my Twitter account (@_JakeRussell), where I will update my followers on book signings. Triumph Books will update their site, triumphbooks.com, as well. I’ll be at the Annapolis Book Festival on April 16 talking about the book, along with Dan Connolly, who will be talking about the Orioles version, which he wrote.

Most books and articles on old time baseball are written by old timers, do you feel like you are stepping into the position of one of the next generation of DC baseball historians?

Football is my first love, so I’d hesitate to call myself a baseball historian. Guys like Phil and Rick deserve that title because they lived through the history and have done the research to have the knowledge that they have. I just did the research. But I do have an appreciation for sports history, especially local sports history, so learning about what happened in the city generations before me was one of the perks of writing this book and something I enjoyed a lot. This book is great in the sense that it stretches many generations. It reaches kids just learning about the game who admire players on the current team and their parents, who grew up without a team to put their heart and soul into. It also brings back memories for fans of the expansion Senators and even those who grew up listening to stories from their parents about how Walter Johnson was. This book puts a lot of that into perspective.

How is there an endless supply of things to do pre-game and post-game in Baltimore?

When I think of Camden Yards, I think of the warehouse, the clock tower before they put a Hilton in front of it, its ease of access as well as its proximity to the Inner Harbor and its bars and restaurants immediately surrounding it. I get that intimate ballpark feeling when I go there. I guess when I say that, I compare it to Nationals Park—whether fairly or unfairly. Nationals Park is nice but it doesn’t have that “ballpark atmosphere” that Camden Yards does nor does it have signature go-tos surrounding it before and after games. Yeah, Nats Park has some new establishments a block or two away, but they’re not synonymous with the game day experience yet. That will have to happen over time when the rest of the area around the stadium continues to develop. 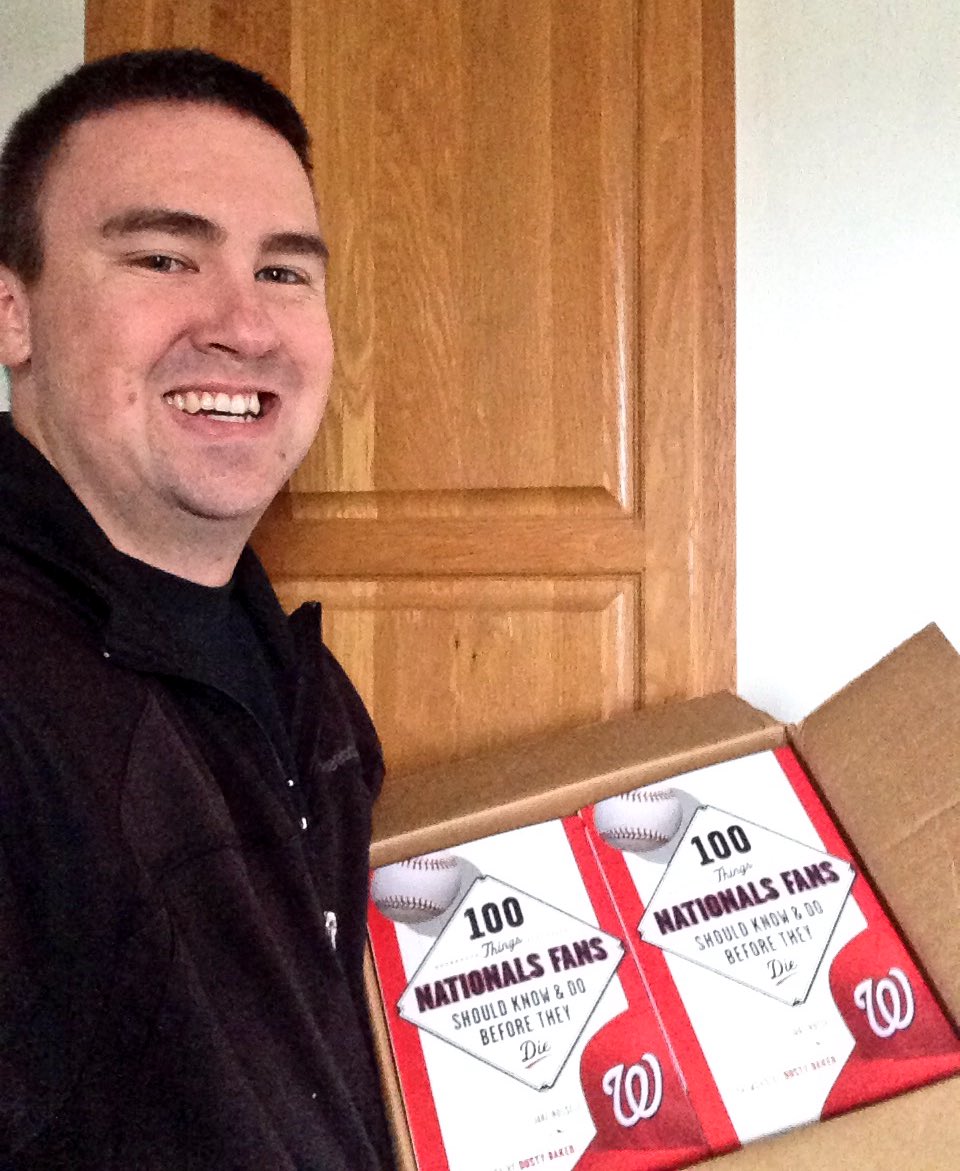