Spring Training Scores don’t Matter, but the Games Do

Posted on March 9, 2016 by ArVaFan aka Laura Peebles

We’ve all heard some variation on the theme: “Spring Training games don’t matter” and  it actually was brought up today in the in-game post in the variation, “You do realize that this game doesn’t count, right?”. This attitude is understandable:  the Win/Loss record is irrelevant in the final standings.  And the contrast with regular season games is obvious, once you’ve been to a couple of ST games.  In case you haven’t, read on. 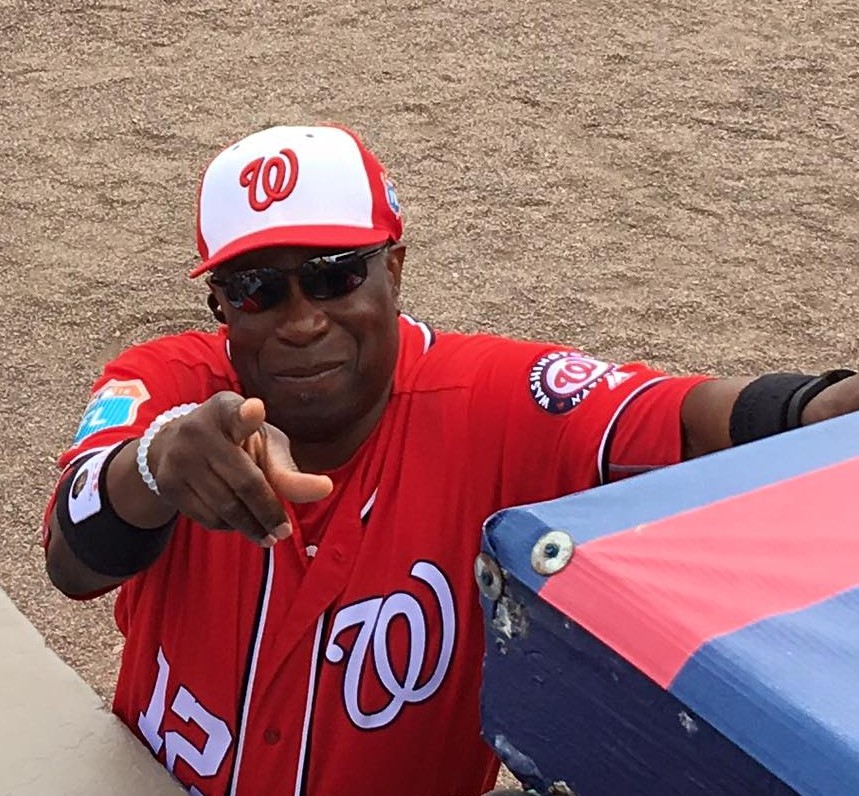 For TalkNats.com courtesy of Hugh Kaufman aka “The Chicken Man”

In the regular season games, everyone from the manager to the bat boy is aligned towards one purpose:  winning the game.  (OK, there are a few exceptions:  the Black Sox and a few teams (Philly, is that you?) that might be tanking in hopes of better draft picks, but the exceptions are indeed few).

But a Spring Training game has a different purpose for practically every person on the field, with the possible exception of the bat boy. ST games are played with the same rules as regular season games with one exception:  ties are allowed, since many times the visiting team would run out of pitchers who hadn’t maxed out their pitch count if the game would go beyond 9 or 10 innings. Oh, and one time I saw a bottom of the ninth with the home team already leading because the visiting manager wanted his pitcher to pitch another inning, and the home manager accommodated him.

Start with the pitchers:

A pitcher with an assured place in the rotation is building up his stamina from two innings to as much as nine (see Petit, Y).  They may also be working on their technique (Max @ Astros) or new pitches (Ross) or working on not showing their technique to their rivals (“vanilla” Max @ Mets). Gio apparently needs to work on his temper as well as his tempo (Maddux in one ear and Pap in the other could be a fun visual image).

A pitcher without an assured place in the rotation is trying to earn that spot (hello, Joe, Bronson, Tanner, Blake?), or at least look good enough to be picked up by another team if released or they opt out (worked out pretty well for Chris Young).

Relief pitchers are building up stamina, but have much less need for that:  they need to show they can get hitters out (hello Rivero & Pap!), and try to earn a spot in the ‘pen vs. Syracuse or DFA (not looking good so far, Cole). As the assured ML pitchers work up to more innings, minor league pitchers are gradually sent back to minor league camp so they can continue their development, since there wouldn’t be enough chances for them as the ML guys go deeper into the games. And if you’re the last guy left in the minor league section of the major league locker room when everyone else has been sent back?  Well, you might be this year’s Aaron Barrett.

Now for the position players.  If they have a relatively assured spot in the lineup, they’re working on “getting their swing back” and strike zone recognition while trying to avoid injury and/or boredom, since the pitchers need a month to get ready but the hitters typically only need about two weeks. So by the time the last week of ST rolls around, the hitters are more than ready to start playing games that matter.

For the catchers, they have to add game-calling and caught stealing practice while trying to impress the manager (and hitting helps, too). 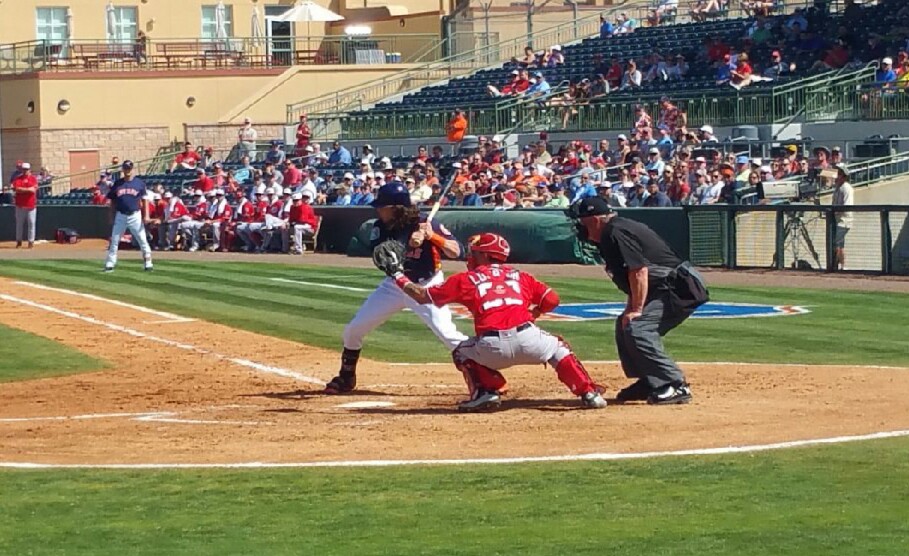 Photo by Curt McGowan for TalkNats.com

Those potential bench players on the roster, and the non-roster invitees, are fighting it out for the bench spots:  trying to impress the manager with their hitting (hello, Scott—or maybe that should be “goodbye!”), baserunning (Trea), and/or fielding (Campana) to snag one of the spots.  This is the real musical chairs:  it seems as if there’s almost two players for each available seat on the bench. Anyone want to guess who’s going to be this year’s Clint Robinson, and this year’s Dan Uggla? Is Rizzo going to trade someone “because I got tired of watching him field?”

Then there are minor league players called over for a day or two, especially in early games with a three hour bus ride (hence the confused broadcasters due to players with numbers and no names on their unis.  Hey, I know who Rowdy Tellez is because I watched the AFL). Also, minor league players can be given a game or two with the big guys as a reward for good work on the minor league side. Their goal is not to do anything memorably bad, while soaking up the ML atmosphere so they can tell their friends and families.

The manager has to balance the goals of getting his veterans ready without wearing them out early with getting enough of a look at the bench and pen options to make the best choices (Best 25 Go North and all that).  Oh, and now’s the time to work on those plays that might come in handy during the season (double steals, hit and run).

With all those individual goals in mind in what should be a team game, it’s a credit to the team concept that the games are still generally well played (I said “generally.”  I know that’s a weasel word, but I needed it there!).  And yes, they keep score, but ultimately the meaning of a ST game isn’t the W or the L, but how the game was played—and by whom.

Oh, and the bat boy?  He has an extra purpose in ST games as well:  make sure all the deserving kids get a ball.

See you tomorrow, and the next day, and Monday the 14th.