Nats camp in Viera is in full swing and all the Top Prospects have arrived on the Minor League side.  In the coming weeks many of these players will get to see some action as fill-ins alongside the Major League players but for now Victor Robles, Andrew Stevenson, Reynaldo Lopez, Eric Fedde, Jakson Reetz, Drew Ward, Osvaldo Abreu, Rhett Wiseman, Rafael Bautista, Anderson Franco and Edwin Lora and others will be mostly on the other side of the Space Coast Stadium facility where the Minor Leaguers practice.

There have been a few Victor Robles sightings, and he is the Nats #3 prospect as rated by Baseball America and #1 outfield prospect for the Nats. 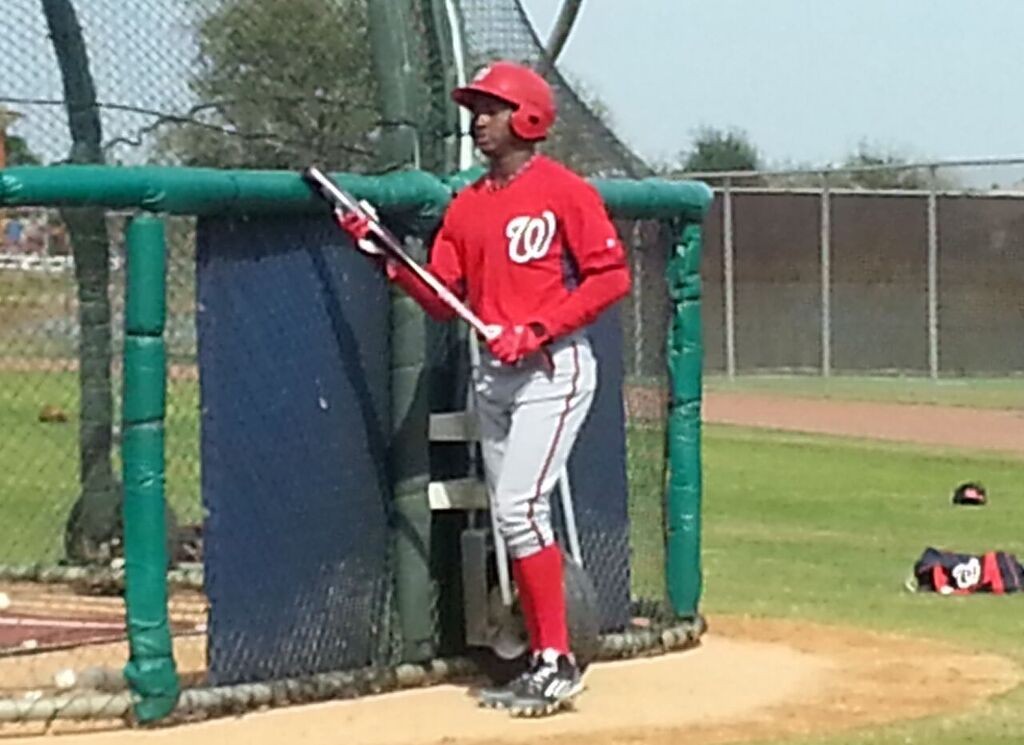 Here is Victor Robles hanging out at the cage with Top 2015 Draft picks Andrew Stevenson and Vandy outfielder Rhett Wiseman while shortstop prospect Edwin Lora is taking his hacks in the cage. Stevenson is rated as the Nats best defensive prospect and was a star at LSU.  Stevenson and Robles are sporting the high socks going ‘old school’. 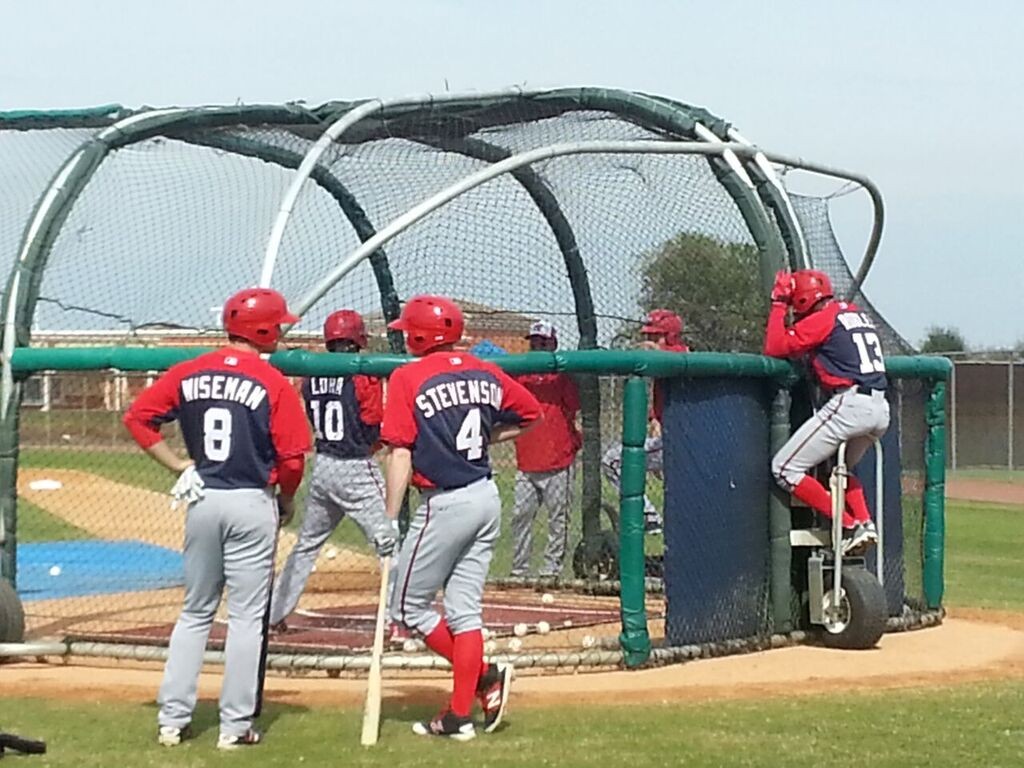 The catchers are getting instruction on the Minor League side today: 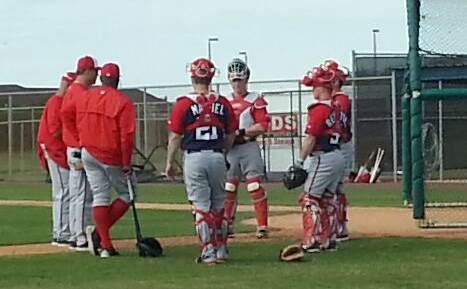 Here is Trea Turner taking hacks in the cage on the Major League side: 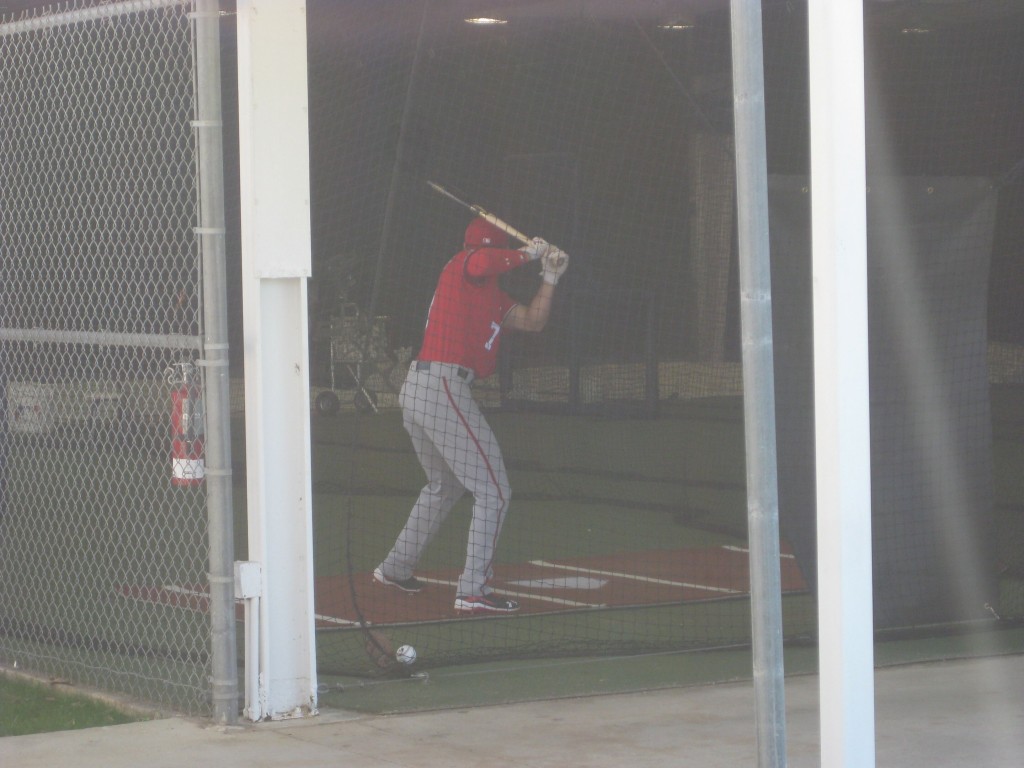 And of course Lucas Giolito is on the Major League side for this Spring Training as a non-roster invitee since Luc is not on the 40 man roster: 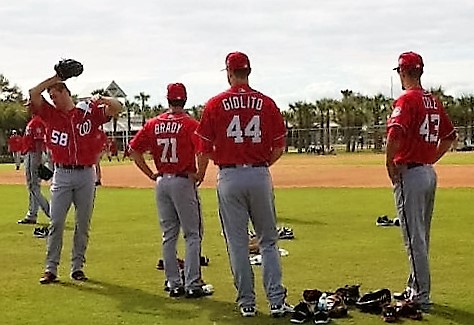 Here is a link to the current Baseball America listing of the Nationals Top 10 prospects:

This entry was posted in Giolito, Prospects, Turner. Bookmark the permalink.
← Previous Article | Next Article →