Rizzo Report Card: The ups and downs and ups in the #Nats Hot Stove

On the morning of December 24, 2015 and creeping up on Mike Rizzo’s Christmas Eve, he had not signed one infielder to the Major League roster and had actually seen attrition in his infield roster as his Silver Slugger shortstop left to free agency and his 2nd best hitter of 2015, Yunel Escobar was traded to the Angels for Trevor Gott.

Rizzo was in great physical pain all off-season requiring back surgery on December 22nd. As he laid on his back on his hardwood floor in his DC home for extra support for his back, and picked up his phone to call up Seth Levinson at the Aces Agency, Rizzo thought back to the deals they crafted with Gio Gonzalez after his trade from the A’s to the Nats and even arbitration deals for Michael Morse. Daniel Murphy wanted to be signed before Christmas and Rizzo and Levinson crafted a deal that would work for both sides, and it was for far less than the 4 years and $16 million per year that the experts thought Murphy would get which is why this deal made so much sense for the Nats.

With one signing on December 24th, Rizzo got one of his biggest holes filled in ways that he couldn’t with any of the other candidates.  Daniel Murphy was set to be a Nats subject to a physical after the Holidays.

Surprise surprise that there was some loud noise and criticism on Twitter and other blogs of negativity on Rizzo that he failed on Zobrist and swung and missed badly on Brandon Phillips, and he didn’t get Darren O’Day.  On the radar and off just as quickly was the Nats rumored $200 million offer for Jason Heyward.  Commentors were trying to put together a pattern there, and even some in the media that Rizzo was getting turned down everywhere.

Here is what Tom Boswell of the Washington Post had to say after the Murphy signing,

“Partly, this is January happy talk. Murphy was the Nats’ third choice for second base after Zobrist and Phillips.”

When you are counting chronologically, it would be the third choice; however, if you told Rizzo at the onset of the Hot Stove season the eventual finalities of Zobrist, Phillips and Murphy, he quite possibly could have made Daniel Murphy his first choice from the start. Circumstance changes results.  Murphy most likely would not accept a 3 year $37.5 million backloaded deal on November 15th.  On December 24th, Murphy was ready to take the deal and did.

Ben Zobrist who will be 35 years old in May would get a 4 year deal at $14 million per year, and Rizzo didn’t want to go more than 3 years on a deal to Zobrist. Brandon Phillips who is right-handed and is Zobrist’s age, had a complicated situation where Phillips had to agree to waive his no-trade clause and was rumored to demand extra years on top of the 2 years he was owed which didn’t fit Rizzo’s plan in many ways.

Sometimes in deals it’s the GM who says no and didn’t get turned down.  Often times, the best deals you make are the ones you did not do.  Rizzo has a plan and sometimes patience pays off, and sometimes the best laid plans do not.  They say it takes 2 to tango, and you can take a horse to water but can’t make ’em drink.  Zobrist, O’Day, Heyward, and Phillips all had parts of the round peg that did not fit perfectly in the circular hole.  The hole is small with a narrow focus.

After missing out on Zobrist & Phillips the #Nationals have signed Daniel Murphy by @bdentrek #MLB #HotStove https://t.co/nXOw7ScWPb

We knew Rizzo’s Hot Stove objectives as well as Dusty Baker’s and Bryce Harper’s. All 3 were clear as to their off-season wishes and objectives.

“The 2016 Nats will be younger, less experienced but more athletic and speedier. A little transformation…We would like to get more left-handed.”

Rizzo wanted to get younger and more athletic while adding that lefty impact bat. Dusty Baker wanted that high OBP speedy leadoff man and an improved bullpen. Bryce Harper wanted that lefty bat and the big right-handed bat before or after him in the line-up. The Nats could end up younger when all is said and done.

The bullpen is stocked with 4 new arms with the names of Kelley, Gott, Petit, and Perez. The infield now has that lefty impact bat with Daniel Murphy, and he’s athletic with some deceptive speed.  The Nats got younger, speedier, and more athletic by adding another lefty with the acquisition of Ben Revere.

Many times commentors were told not to judge Rizzo in November or mid-December, rather to wait and see how this roster looks when Spring Training starts.  We could say right now that we shouldn’t judge Rizzo on January 10th because he might not be complete with his roster despite twice in the last week when he said he could start the season with this roster, and the baseball world saw him a day later add Revere.

If we had to judge Rizzo on his report card today, it would be a solid B to B+.  To get to an A to A+ it would take the acquisition of Andrew Miller and a creative trade of Papelbon. Starters are at a premium and while we have discussed ad nauseum the armchair GM strategies of adding a starter through free agency and then trading from that strength, it appears Rizzo could stick with what he has regardless of being tied to Wei-Yin Chen.

Who would take Wei-Yin Chen to allow Rizzo to trade Gio for Andrew Miller in what we termed pitcher currency? Not happening right now as the Yankees can’t make that deal until they know the fate of Aroldis Chapman’s suspension.

It’s complicated.  It’s all complicated. It always is complicated even when a relationship doesn’t happen and while bid adieu to those who Rizzo didn’t connect with, we say welcome to NatsTown to the players Rizzo did. 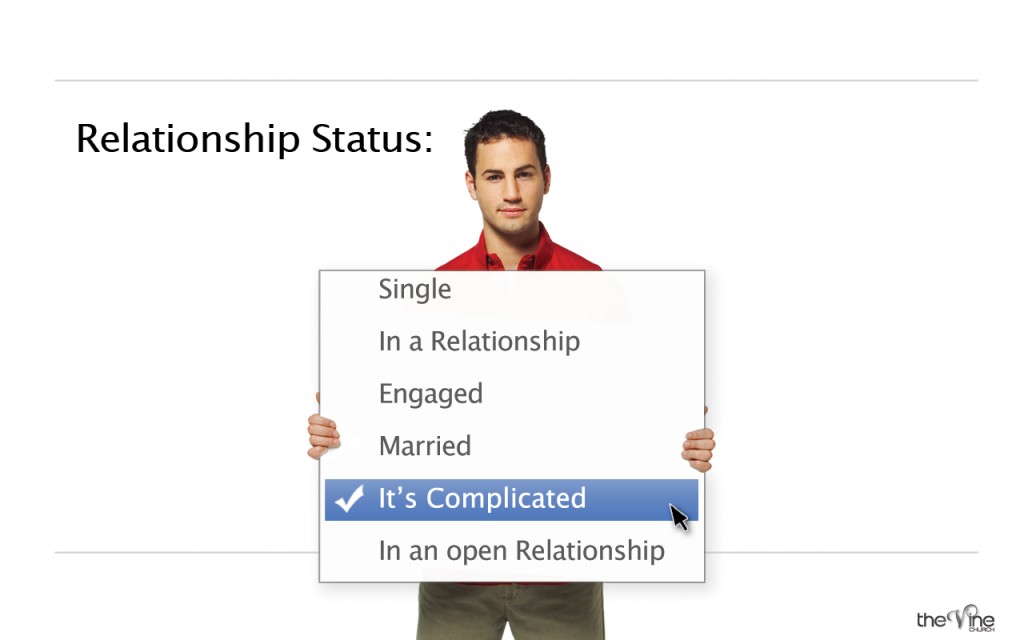 In a relationship with Ben Revere, Stephen Drew, Daniel Murphy, Yusmeiro Petit, Trevor Gott, Oliver Perez, Shawn Kelley, and also Dusty Baker. That is 8 new faces in the dugout along with the new medical and training staff and a revamped coaching staff.

If Rizzo makes no more roster changes then he will have 7 new players on the 2016 Opening Day roster.  One more addition would make things interesting, and we can ponder on who that could be because that is what we do!